This morning I went for a drive. Didn’t see any animals (except for some birds), but i did find som great scenery! Here’s two of them. 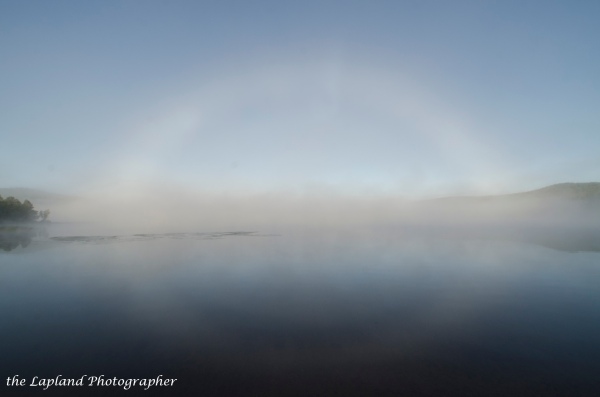 Since this summer mostly seem to be offering rain I’d like to share this lovely evening from last year. Pretty much perfect reflection I would say 🙂 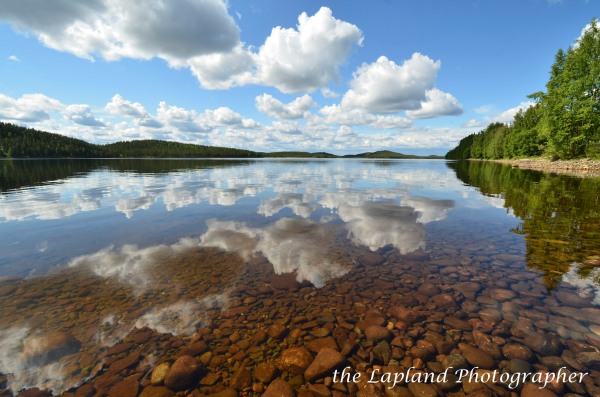 and finally some summer!

Who let the dog out?

Check out this dog that I met this weekend. Love how she, in the middle of the race, just looked at me. And the ears, oh the ears!

No, I haven’t left the building

No, I havent “left the building” due to low activity here on Facebook. In fact, Ive entered a new building just a couple of days ago, where I currently am in my new apartment!  When I started this account I named it after Lapland because it is where I am from, AND I love Lapland. Little did I know that less than two years later I would be living here again … and loving it. 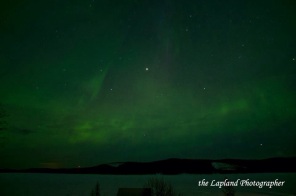 Yesterday I was going out for a short walk, mostly to activate my lungs a little after this intense cold that has been hanging around for a week. The plans quickly changed since I only took two steps on the road before I saw some northern lights in the sky! And by then it wasnt even dark.

One of the first shots.

Later at night it looked like this. It was mostly green and white, I barely saw any other colours.

It just kept on going ALL night, but at around 1 am I had to go inside.

I check the aurora forecast almost everyday, except – of course – yesterday! So I was completely unprepared for the northern lights this time. However I checked the forecast this morning and then it looked like this:

It was this morning and this is by far the most intense forecast I’ve ever seen. Earlier this winter the highest number I’ve seen is 4, now it was 8! And the green light rarely has gone below the Sweden text in the map. The site I use is called Aurora Forecast, and sometimes I check this one from Alaska.

It looks pretty good for tonight aswell, and although it has been cloudy today it is clearing up now. THe kp för right now is 5 which also is pretty high, so  maybe I can get some more practice of catching this fairytale skies that everyone should see at least once in life. It truly is …

Unfortunately I’ve gotten sick this week so not much happening here right now. Last morning I woke up really early and one of the best things about having a window just next to the bed is being able to watch the sunrise without even lifting the blanket. The bad thing is seeing another beautiful day waking up that I won’t be enjoying …

I’ve really started experimenting with shooting time lapse and really enjoy it! Here is the very first one I’ve made. I don’t know why my Safari browser won’t adjust the size in the small screen, so if it looks weird look at it in full screen mode.

Yesterday I was out at night, trying to shoot star trails. It is quite difficult, and the result was ok for being the first try I suppose. My favorite is this HDR image though. It really shows how clear the sky was and how bright the stars were shining. Absolutely stunning!

How to Piss Off A Swede

This is quite funny 🙂

Fresh Off The Plane

I lived in Sweden for a year while studying abroad and it is one of my favorite places in the world. This is written with love and in jest 🙂

—————-
If you have ever pissed off a Swede, then you must be an absolutely insufferable human being. You can annoy, disturb, and bother a fair share of Swedes, but to actually bring one of those model-esque creatures to frothing, red-faced, pissed off anger would take a real rabble-rouser. This is a country known for its neutrality in war conflicts. Swedes are not people who are quick to show negative feelings, or any feelings at all. Yet, nobody is perfect and they are sure to slip every once in awhile, especially if you do any of the following.

Mistake them for Switzerland

When I came back to America, after my year of studying abroad in Sweden, the amount of people…

A new year is here! I hope you all have had a good start to 2015. I have been sick since before Christmas and I am finally getting better. However during New Year my throat was so sore I could hardly breathe, no less speak!