Two months has passed since my last blog post and the reason has been SUMMER! Wow, what a summer! I spent one month up in Lapland, with awesome weather almost every day. I was mostly in our summer house where the internet connection is none existing and the phone signal just slightly better. Therefore the bloging has been waiting for this day, a windy and rainy day after the first night sleeping with a thick blanket so I wouldn’t freeze.

Yesterday was also a really fun day for me. Last week I heard of a photo exhibition called Linan (the Line) which took place in Kungsparken (Kings park) and I attended. This week has been filled with work and preparation for this and I think it turned out really well! Strangely enough this actually was the very first time I’ve shown by photos in public. I’ve been showing them online for years in different scenarios, but never meeting the viewers face to face. It was very inspiring and I got great response! So many compliments. Sometimes I also just pretended to look and the pictures and listening to others discussing them.

Bella was very popular! (Although this picture of the picture ain’t that great)

And this cloud also got several compliments! 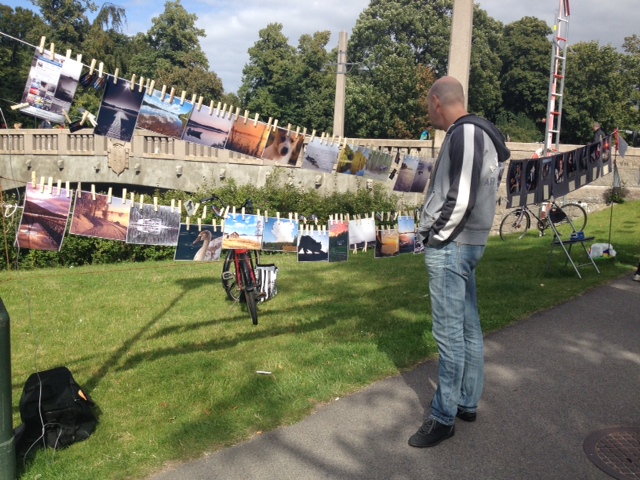 This poor reindeer got called a moose, deer, red deer and what not … 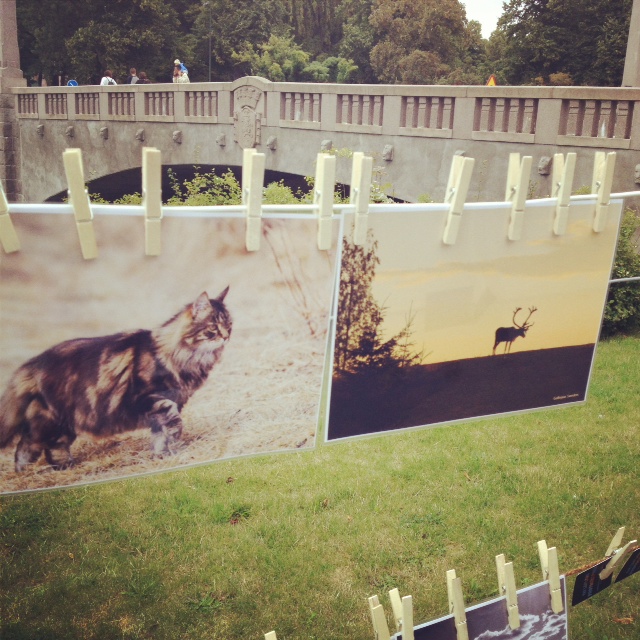 The exhibition started out roughly since it was quite windy and I aswell as several other of the exhibitiors was worried about pictures being gone with the wind but a whole lot of clothespins and duct tape sealed the deal. Very nice event!